The standard T-nut layout for years has been the 72 T-nut pattern. 72 T-nuts is how many T-nuts that you will install on a 4' x 8' sheet of 3/4" ACX plywood. You would choose this pattern if you are building a school wall or a trampoline park. There are limitations with the 72 pattern as the vertical space between t-nuts is 16" apart in a straight line. That can leave a lot of open space between holds. If you want to be setting routes and boulder problems, scroll down to the 120-pattern. 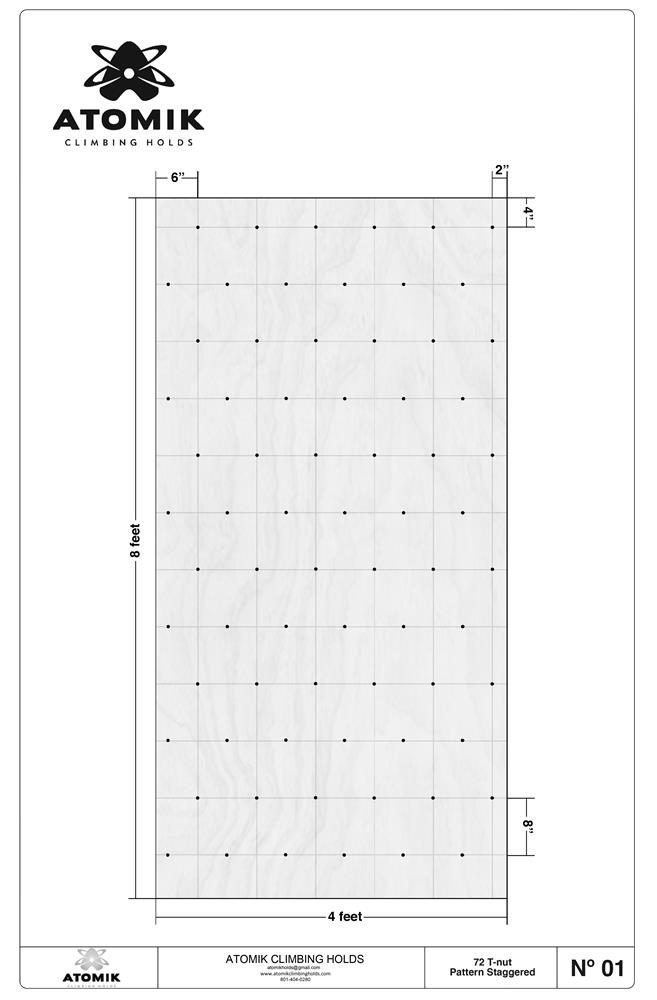 Atomik recommends the 120 Hole T-nut pattern (Staggered). It gives you T-nuts that are 6" apart with each column of T-nuts staggering. Our reasoning for this density is that on a home bouldering wall, space is at its premium since most are not very big. When route setting on the standard 72-pattern, you will find significant gaps of space between holds. It is easier to set routes on the 120 T-nut patterns because you have more options in terms of the staggering locations and the higher quantity of T-nuts—the Atomik standard for bouldering walls to achieve maximum options for route setting.

Please note that standard framing of 16"-on-center will not work for this layout; the vertical row of t-nuts at 32" will be blocked by the stud.  Framing this wall at 12"-on-center instead adds just one extra stud to the wall and will work with all of the t-nuts. 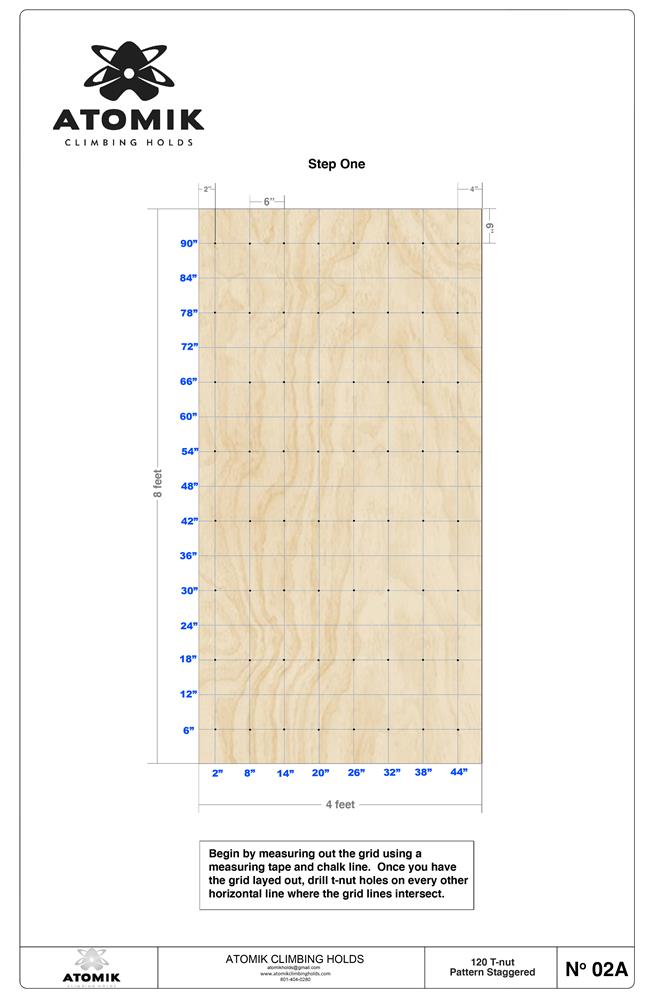 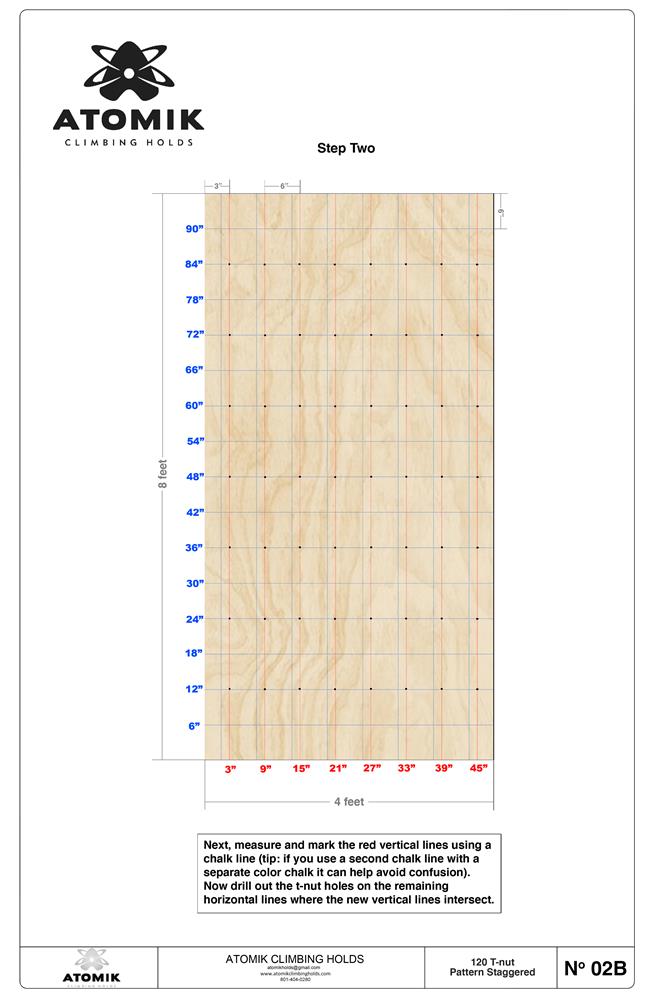 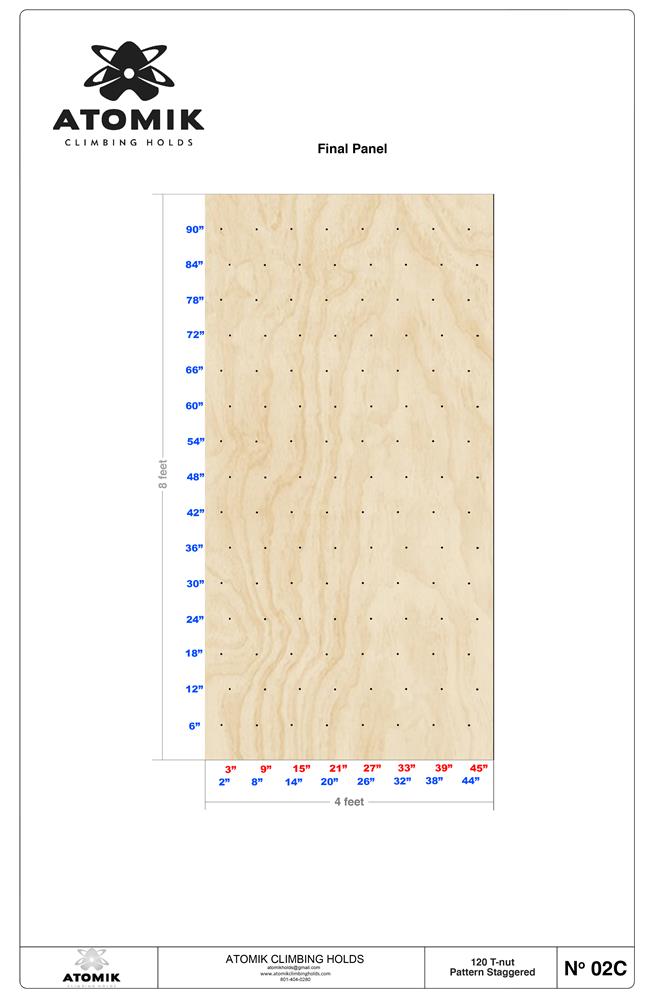 System Walls use a grid pattern. System walls need to be symmetrical with a tight T-nut spacing for most options to be able to overlap paths. This 120 T-nut grid pattern makes it easy to set up repeating holds/moves. 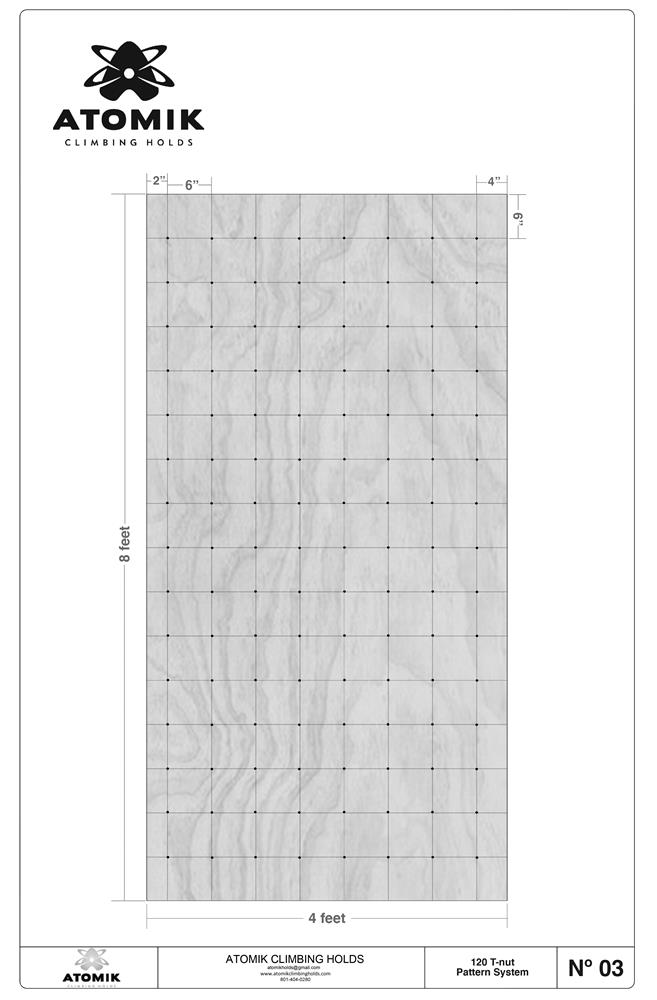 The 256 pattern is the pattern we are using for our 22-panel wall here at Atomik.  It gives us the most amount of staggered T-nuts possible per panel which gives us the most options to set five-star quality boulder problems. The layout is directional so that when you stack panels on top or side by side, the spacing is consistent between the panels. 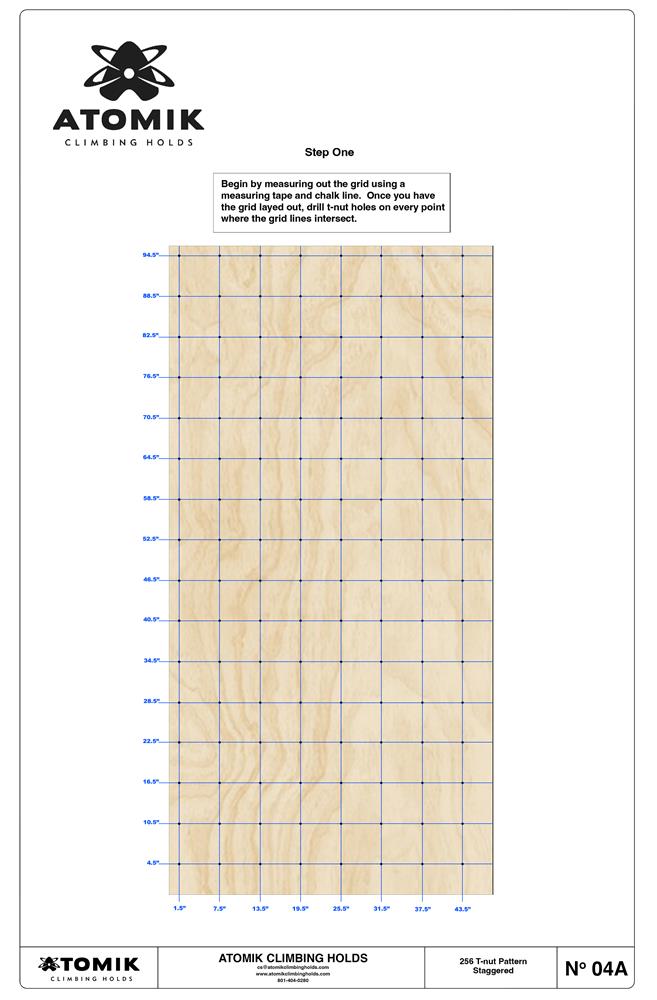 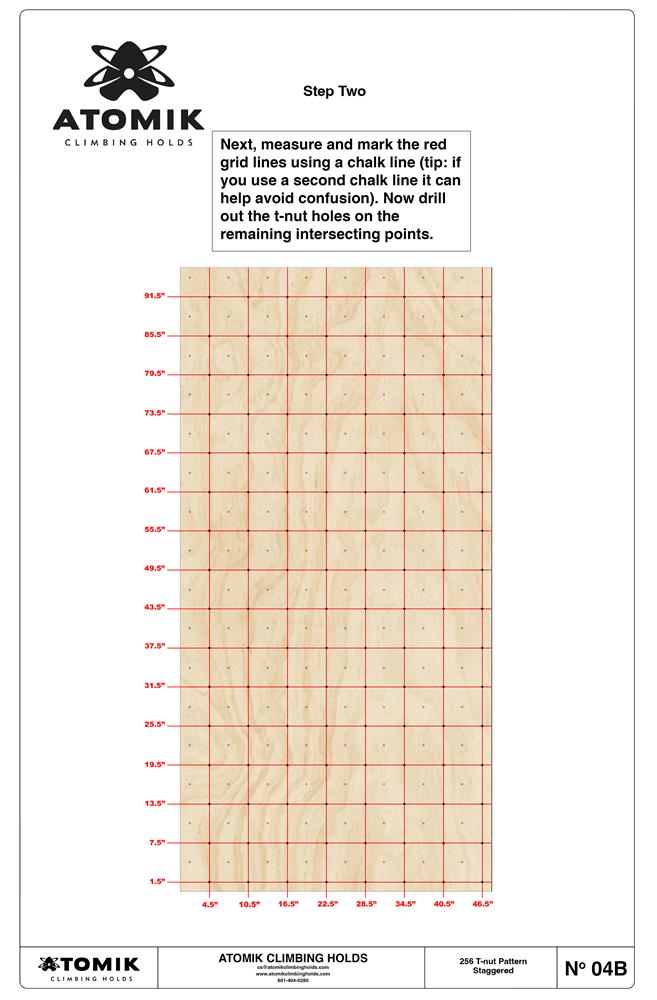 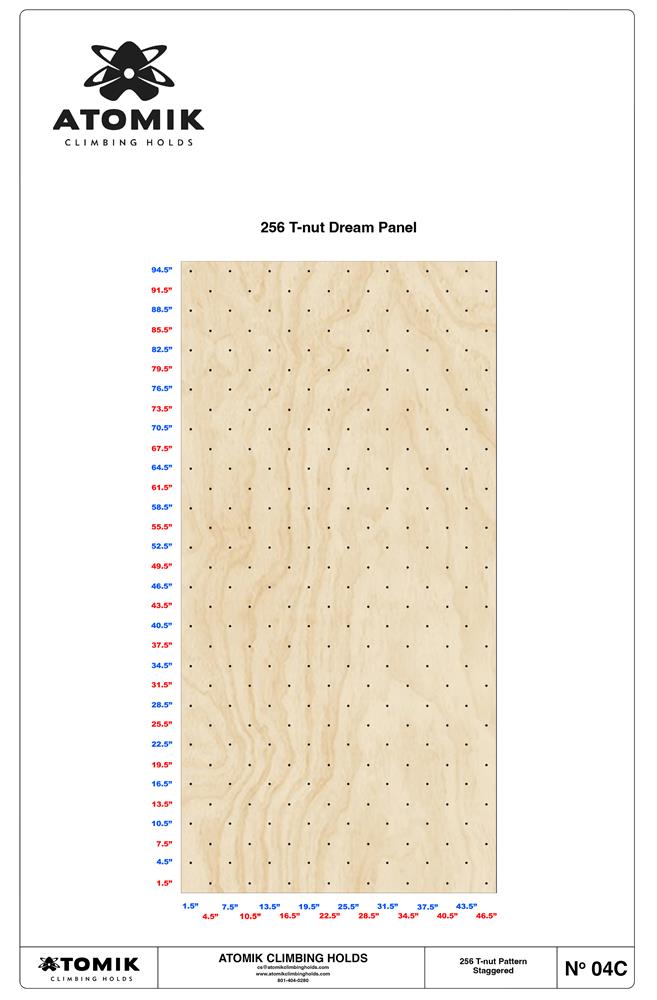