How To Choose Holds On A Budget

The cost of a climbing hold is directly related to the amount of resin it takes to cast that hold. The more resin we pour to make one hold, the more costly that hold becomes. All of our resin product prices are directly related to their weight. A high number of holds at a low cost means the grips are smaller on average. This rule applies across the entire website.

The smaller the hold, the cheaper that hold costs.

The 50 Pack contains 20 super small classic feet. They are tiny and only suited for advanced ability climbers with climbing shoes. The remainder of the holds in the 50 Pack is (on average) smaller than all the grips in the 25 Pack. The following image illustrates the size of those 20 feet. 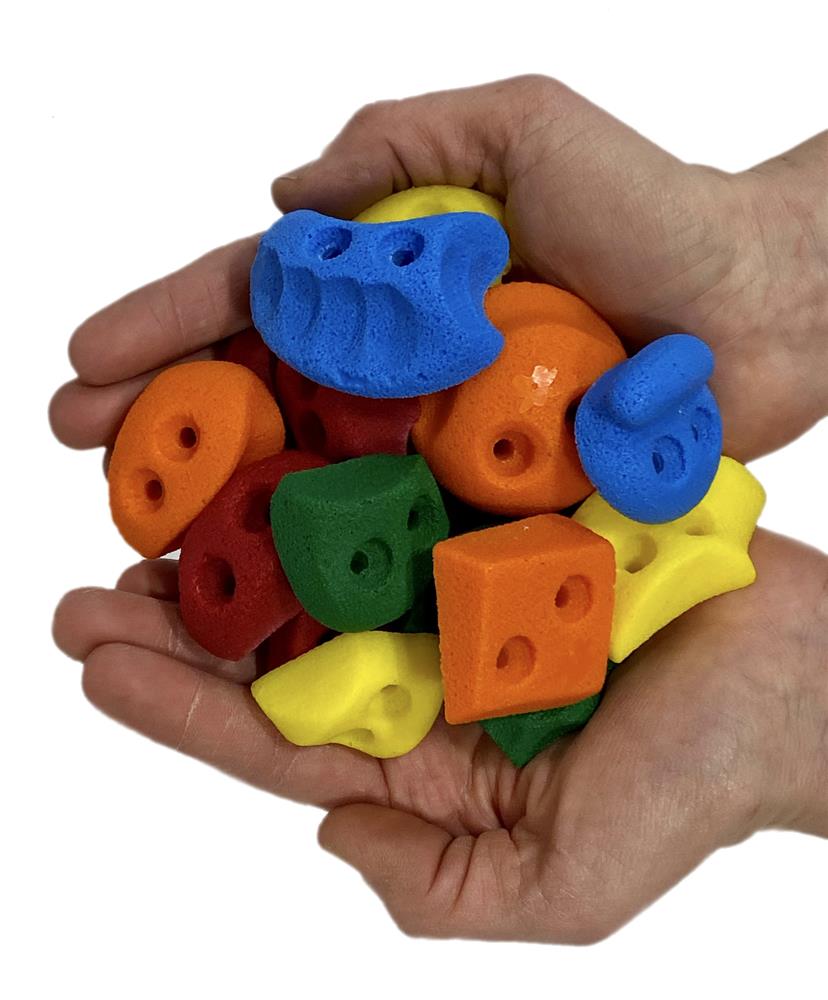 Below are the two packs in a side-by-side comparison. The blue carabiner in the middle of the product images is there as a size reference; the longest side of the carabiner is 4" long.

Total resin weight determines the price for holds across the industry. So if you find a "deal" containing a lot of new holds for a really cheap price, it's because the holds are smaller than you probably need them to be.

The insider tip here at Atomik is that you can find discounted products posted frequently on the Deals of the Day page. The discounted products were produced for photoshoots, excess inventory, or were produced specifically for programs like Foothold Friday The holds in Foothold Friday, are made from any extra resin created during our normal production process. This way we can be more environmentally conscious, producing less waste while at the same time creating a way for us to say thank you for being a customer of Atomik with an 80% off deal on footholds. It's a win/win!

The Bottom Line is that the cost of the hold is related to its size. Small is cheap because they are small. Big is expensive because they require more resin to make.