Drywall is Never Okay When It Comes to Climbing Walls

First, let's respond to the most common questions on this topic.

Here's why drywall is never okay. Drywall is composed of a layer of gypsum rock sandwiched between two special paper layers. The drywall looks pretty on the interior walls. That's all it does concerning this article. It is not as strong as a building material, as you might think. If you have ever handled a piece of drywall and dropped it on its corner, it will crush the edge quickly. A climbing hold when climbed on achieves the same result. A fatigue load generated on the gypsum starts the crushing. Gypsum is weak compared to 3/4" plywood.

The scientific definition of fatigue loads:

Fatigue load is the weakening of a material caused by cyclic loading that results in progressive and localized structural damage and the growth of cracks. Once a fatigue crack has been initiated, each loading cycle will grow the crack a small amount, typically producing striations on some parts of the fracture surface. The crack will continue to grow until it reaches a critical size, which occurs when the stress intensity factor of the crack exceeds the fracture toughness of the material, producing rapid propagation and typically complete fracture of the structure.- Wikipedia

When you attach a climbing hold through drywall and then climb on it, the hold pulls down microscopically. The force from this leverage generates a load on the drywall. A little bit each time, the flex from the grip crushes the gypsum in the drywall. Eventually, the gypsum breaks to a point where the climbing holds move even more.

Now you have a hold wiggling on the wall. This movement has now created a flexing motion on the bolts/screws holding the grip to the wall. Now we have a fatigue load on the hardware. 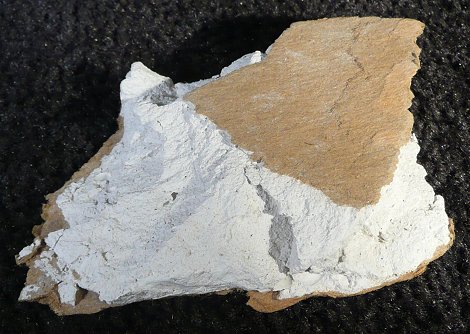 Do This for Screw-on Holds

You have drywall that you have supported on the back with blocking or plywood. That isn't good, but here is the fix.

The step now is to attach a 3/4" sheet of plywood directly on top of the drywall. When attaching holds, be sure that your screws do not penetrate so deep as to hit the electrical and plumbing in the wall. A climbing only needs 3/4" embedment of the screws for maximum hold.

Do This for Bolt-on Holds

You have drywall that you have supported on the back with blocking or plywood. That isn't good. 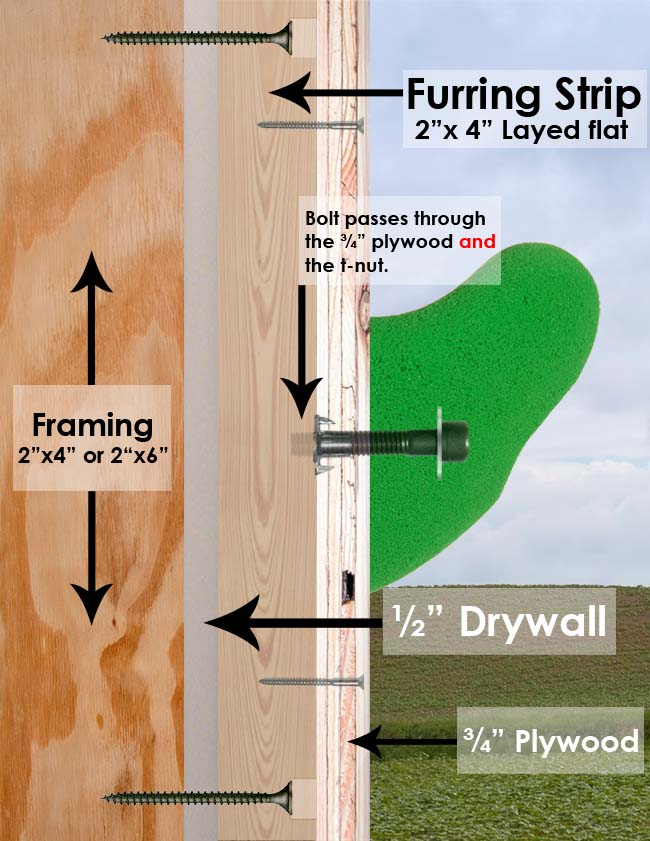